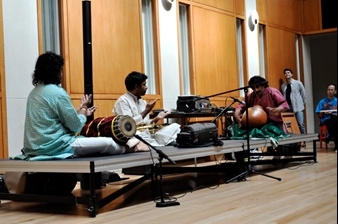 Just got this link in my e-mail. Thanks to this student at SMU who wrote a brief article about our performance at SMU back in September featuring Patri Satish Kumar and Thiripunithura N. Radhakrishnan. It’s nice to see a perspective of how the music made her feel rather than a song list and technical breakdown of ragas/talas etc. I was moved. A little excerpt:

The first song starts with Radhakrishnan on the saxophone, and it draws me in. I can feel all tension in the air start to melt away, leaving a sense of raw, unadulterated discovery hanging overhead. The man to the left of me closes his eyes, hums softly, and becomes enveloped in the music. As the percussionists enter the song, Radhakrishnan plays as if in a trance. He and his instrument are one and we as the audience witness a conversation between man and music. It is just extraordinary! There is really no way with words to describe the kind of communication between Radhakrishnan and the notes he is playing around him, or the way that it makes me feel.

The whole thing is at http://www.smu.edu/Meadows/NewsAndEvents/2009/090930-WorldMusic.aspx#

Last week’s San Francisco Chronicle featured myself and VidyA in a well written article on the front page of the Datebook section.

Here is a link to the article online: San Francisco Chronicle Datebook.

The article is informative and good introduction to what I am doing with my music. One thing I want to point out, is a minor inaccuracy: The article states that I slept on a bare cot behind my guru’s house. This is not really true.

I actually had a special room for me that was attached to the house, and of course there was a cot in that room. The point that I wanted to make with the questions regarding my “gurukulam” or time spent with my guru studying music in India was this: I felt extremely blessed to be taken in by my guru to study the music and he treated me literally like I was his own son. The rigorous training he gave me was like that he would give his own child. In fact, I spent quite a few classes learning along with his younger son, Manikanth (who is now a popular music director in India).

The writer, Andrew Tolve, did a good job of highlighting one of the other aspects, which was that concept of “gurukulam” was not just about classes, but about living with, spending time with and absorbing everything one could from the guru regardless of whether the student was in a “lesson” or not. I feel that I benefited greatly from this aspect of my learning with Padmashri Kadri Gopalnath.

I also want to thank my dear friends and artists Howard Wiley (friend and saxophonist) and Todd Brown (of the Red Poppy and Nefasha Ayer) for saying nice things that ended up in the article.

I am pleased that this article came into being, because it shows that Carnatic music and new directions in Carnatic music are ready for a larger audience in not only the Bay Area, but this country. 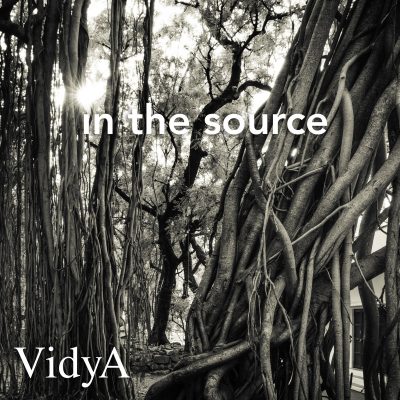